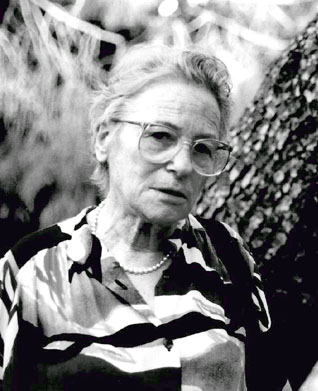 I was born in Hannover, Germany, where I spent my childhood. In 1938, I emigrated to Palestine with a Youth Aliyah group organized by Henrietta Szold, and l lived in Kibbuts Mizra for several years. When Rommel threatened Alexandria during World War II I joined the A.T.S. (Auxiliary Territorial Service) of the British Army and served in Egypt for almost four years. After demobilisation, I returned to the kibbuts for some time, leaving in 1949 to study at a teacher's college near Tel-Aviv. After teaching for several years I worked as a secretary in the Israeli Embassy in Vienna, Austria. While teaching in a small town in Israel, I had the opportunity to collect folk stories from oriental new immigrants. Thus began my lifelong interest in folklore. On returning from Vienna, I found good narrators among the domestic staff of the Technion, the Israel Institute of Technology, where I worked as an academic secretary. After retiring, I studied at the University of Haifa and I continue to do folklore research.